"Hummel and his swinging brand of blues are a match made in heaven."
-Living Blues

42 years ago guitarist JJ Jones called me up and asked about starting a band with Johnny Sandifer( aka Johnny Waters), who I’d jammed with at Eli’s Mile High club a couple months before. Johnny knocked me out from our first meeting, as he sang “Country Boy” by Muddy, as good as the man himself. I put together a rhythm section and the Blues Survivors were born (Sandifer’s band name idea)!! JJ quit after two months of us being the Eli’s house band.  Sonny Lane was enlisted, being a Chicago blues freak as Johnny and I were. We played together till 1981-when I wanted to try more rockabilly material and Johnny was going into more BB King/Chuck Berry tunes. Plus I wanted to travel farther out of the area and Johnny had a day gig at a steel mill. Sonny Lane and I worked for a little longer but Lane and Waters were a true team with years of working together.

I’ve put on shows with guest performers since the 1970s and have always gotten so much gratification from presenting blues-Full Moon Saloon, La Citta, Larry Blake’s, Eli’s, Berkeley Square, Ashkenaz-so many long gone plus a few still here. I’m so gratified when people remember and thank me for doing shows that I’ve put on-makes it all worthwhile.  What a way to make a buck!!

Longtime Blues Survivors Hummel, Rusty Zinn, Bob Welsh, RW Grigsby plus June Core or Paul Revelli continue to perform dates around the West and can be seen together at venues as small as the Poorhouse or Armando’s to music halls like Yoshi's or the Empress Theatre - bringing this group of longtime band mates to audiences hungering for their exciting taste of classic Chicago/West Coast/Jump Blues. 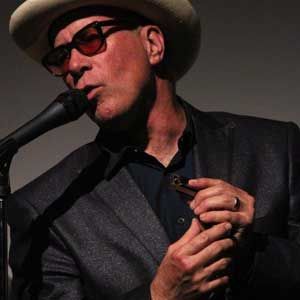 The Original Blues Survivors circa 1979

The Hustle Is On